Yep thats me on the left. Four years ago when I helped launch Live Bearded. This was the last time I trimmed my beard or cut any of my hair.  December 9th 2016.

When you started growing your beard did people give you shit? Yea, me too. Heres the story of how my beard journey began. We would love to hear yours as well.

Four years ago, in January of 2017, I decided that I was not going to cut my beard or my hair and see what this was all about.  Never in a million years did I think I would be living bearded.  But I am sure glad the beard life found me.  It started off as an experiment or better said an exploration.

This was the first time I felt like I didn't have to shave because of social norms, culture, "professionalism" or any other limiting beliefs I had. So I decided to try it out.

Then I met someone who told me about the power of not shaving  my beard and not cutting my hair. Stories about the Native Americans who were master trackers contracted by the US military but lost their tracking super powers when they were forced to cut their hair. But there was more .... many stories of kung fu masters and yogis who had similar super powers.

I was fascinated so I did some of my own research on the topic of beard hair and uncovered that our beard is said to be an extension of our nervous system. I found a trend that almost every ancient culture had some type of belief in the power our hair.

All of that was enough for me to decide that I was going to stop cutting all of my hair for at least one year. 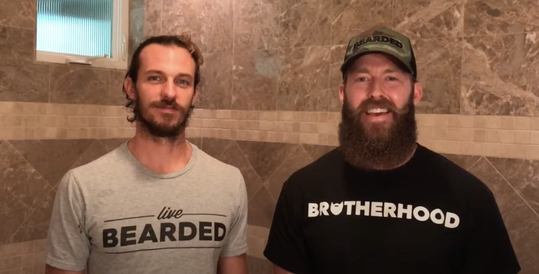